In Italy the most common stereotype concerning traditional gender roles were “for a man, more than for a  woman, is very important to be successful at work” (32.5%), “men are less suitable for doing housework” (31.5%), “it’s up to man to provide for family’s financial needs” (27.9%). The statement “it’s up to the man to take the most important decisions concerning the family” attracted lower levels of agreement (8.8%).

Gender roles stereotypes were more frequent in Southern Italy (67.8%), especially in Campania (71.6%) and Sicily, and less spread in Northeast Italy (52.6%), with the lowest agreement in Friuli-Venezia Giulia (49.2%). 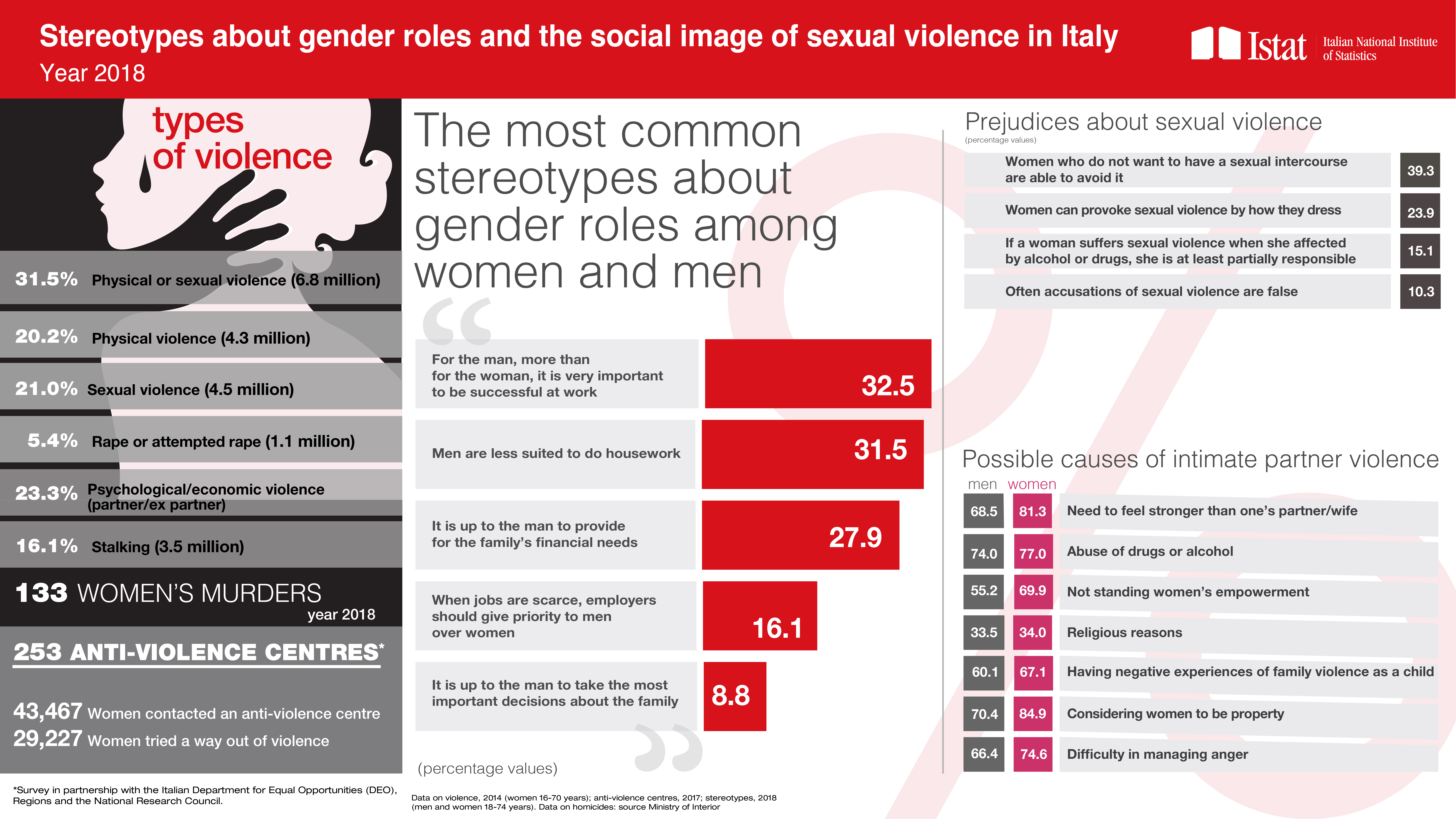