Civicness: attitudes and behaviour Of citizens in everyday life

In 2018, 84% of people aged 18 and over reported to never drop litter, 74.4% of drivers declared to never double-park a car and just over half of people said to take care to avoid adopting noisy driving behaviour.

In 2016, people appeared to be rather permissive with respect to parking where it was forbidden (23.4% of respondents considered it admissible under certain conditions), using the mobile phone when driving (admissible according to 18.5%) and especially both to be recommended to have a work and to not paying taxes (admissible behaviour according to about 30% of the population). 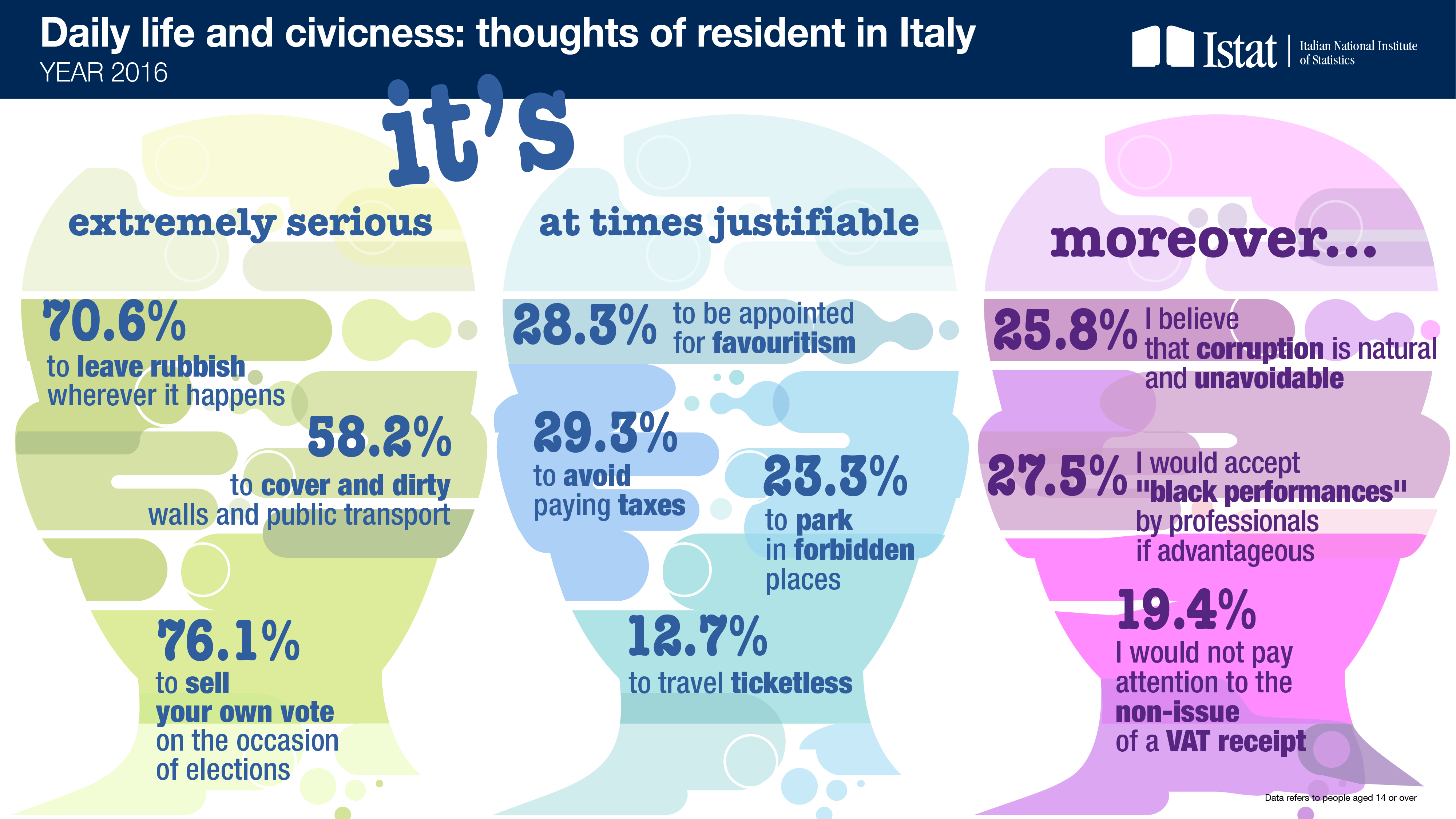