In the first months of 2018 citizens’ satisfaction with living conditions displayed signs of progress.

In comparison with 2017, the perception families and individuals have of the economic situation generally improved, as well as satisfaction for relationships.

The percentage of people aged 14 and over satisfied with their economic situation reached 53% (up from 50.5%).

Family relationships confirmed the highest level of appreciation (90.1% of satisfied), as well as friendships (82.5% of very or fairly satisfied).

In comparison with 2017, job satisfaction remained unchanged: 76.7% of employed people declared to be very or fairly satisfied, and women are more satisfied than men (77.6% and 76.1% respectively).

A quite common thought among people aged 14 and over has proved to be that “we must be very careful towards others” (77.7%), while 21.0% underlined that “most people are trustworthy”. 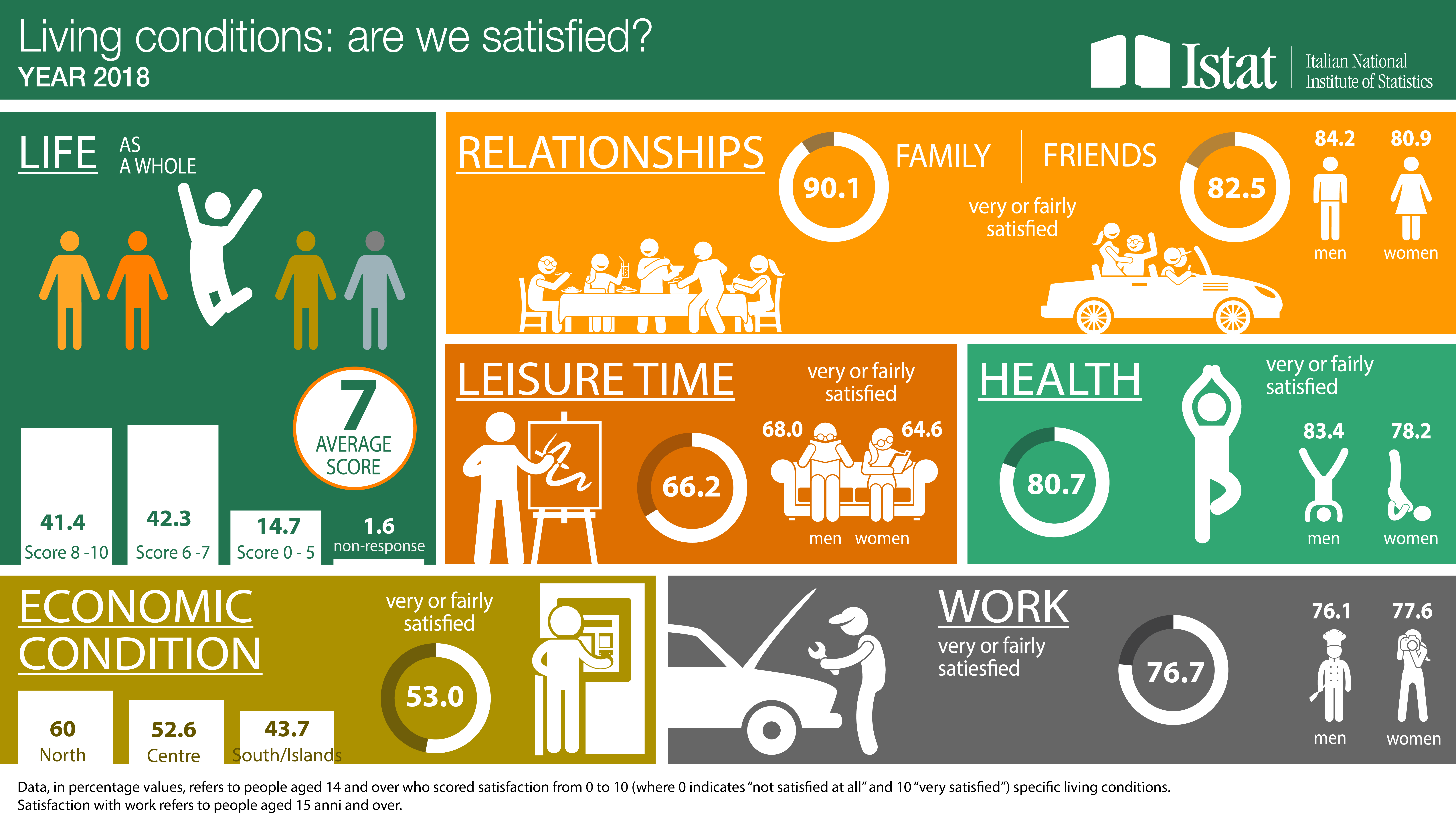