Classification of Municipalities based on Italian Ecoregions 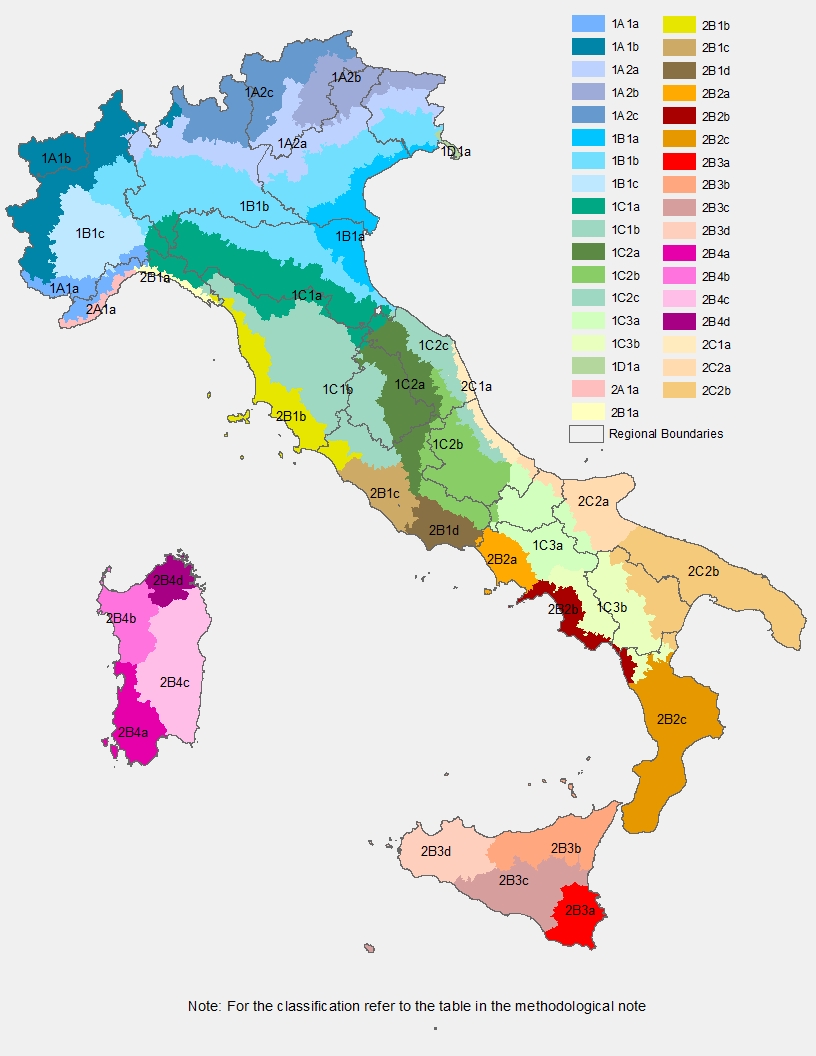 Istat published the main results relating to the classification of municipalities according to the ecoregions as identified on the basis of homogeneity with respect to climatic, biogeographical, physiographic and hydrographic factors.

The ecoregions, or ecological regions, are more or less extensive portions of ecologically homogeneous territories in which species and natural communities interact with the physical features  of the environment.

In the international context, the processes of ecological classification that lead to the definition of Ecoregions are used as a tool to define the strategies of sustainable development and territorial management at different level.

The approach adopted in Italy foresees a hierarchical classification based on a territorial division in units featuring an increasing degree of homogeneity, consistent with specific combinations of climate, bio-geographical, geomorphological and hydrographic factors that influence the presence and distribution of species, communities and ecosystems.

In order to achieve a suitable classification of the Municipalities according to the Italian Ecoregions, a collaboration was established between the Central Department for Territorial and Environmental Statistics (DCAT) of ISTAT and the Interuniversity Research Centre “Biodiversity, Ecosystem Services and Sustainability” (CIRBISES), Department of Environmental Biology, “La Sapienza University” of Rome.

Experimental statistics based on the aforementioned classification of Italian municipalities takes into consideration information that is not currently disseminated by Istat. Until now, the classifications of municipalities published by Istat have been produced referring exclusively on territorial and administrative variations taking place every year in the country.

The distinctive feature of this new mode of classifying municipalities is that it provides an original interpretation of the territory. New pathways of territorial analysis are now open and it is possible to  explore the relationship between the main characteristics of Ecoregions (climate, bio-geographical, geomorphological and hydrographic) and other socio-demographic and economic factors.

A further important element is the publication of some tables and indicators, that cover different thematic areas at the subsection level which allows to have a more detailed picture of the differences in socio-demographic, economic and environmental characteristics at different types of ecoregional subsection level.

The Classification of Municipalities based on Italian Ecoregions is official since February 2020. It has been previously published as experimental statistic.