Infographic on number of presence, new inflows and acquisitions of citizenship of Non-EU citizens in Italy. 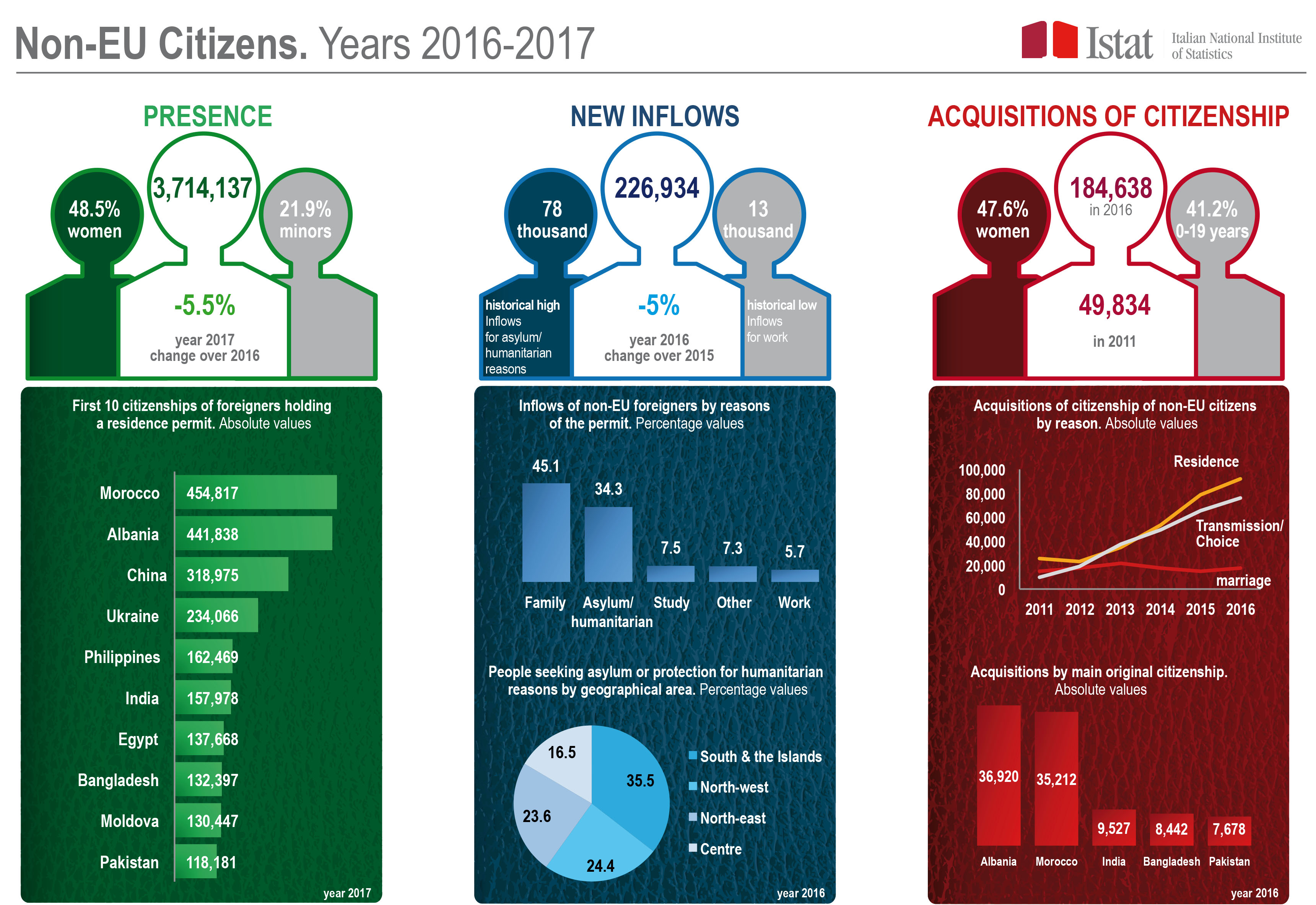