The prevalence of self-reported diabetes has almost doubled in the last thirty years (it was 2.9% in 1980).

In a more recent perspective, the number of people with diabetes has increased by 1 million and over comparing to the year 2000. The prevalence has increased from 3.8% to 5.3%, but comparing standardized prevalence (controlling aging effect of the population), the increase is significantly smaller (from 4.1% to 4.9% in 2016). This increase is therefore due to the aging of the population and other factors, such as early diagnoses and increased survival of patients with diabetes. Mortality due to diabetes has decreased more than 20% in all age groups in the last decade. In addition, in the most recent birth cohorts, the proportion of people with diabetes increases more at
earlier ages than in previous cohorts, also as an effect, among other factors, of the progressive anticipation of the age at which the disease is diagnosed. 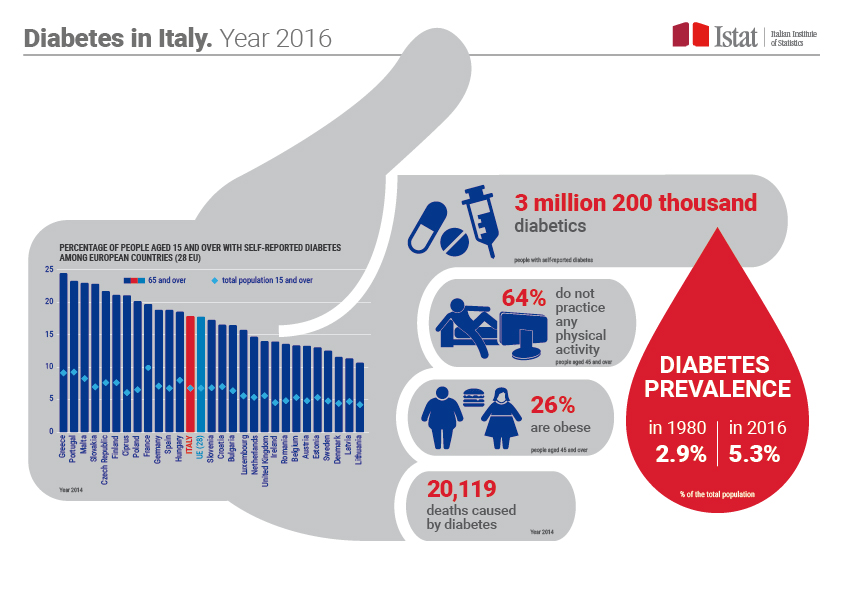