Birth and fertility of the resident population

In 2015, 485,780 births were registered in the Resident Population Register, that is almost 17,000 fewer births than in 2014. The figures confirm the downward trend that began in recent years: the number of births decreased substantially since 2008 (-91,000 births).

The recent decline in births resulted mainly from the reduction in the number of children born to Italian parents that fell  for the first time below 400,000 in 2014. The figure shows that in 2015 there were 385,014 births to Italian partners, 95 thousand fewer in seven years. The decrease can be attributed both to the fall in the number of women in childbearing years and to their low level of fertility. The reduction in the number of marriages (-52 thousand from 2008 to 2015) resulted in a negative impact on births. In 2015 births to married parents had fallen further to 346,169, appoximately 120 thousand fewer in seven years.

Fertility decline, which started in 2010, was still underway. In 2015 the average number of children per woman fell to 1.35, compared with 1.46 in 2010. Total fertility rate was 1.27 children for Italian women and 1.94 for foreign one. The latter figure represented a significant decrease compared to seven year before, when the average number of children for foreign women was 2.65.

How many babies are named…?
Istat’s name counter helps you to know how many children born and registered at the Italian Registry Office in a year have the same name and what are the most popular among the over 60,000 different names chosen by parents. 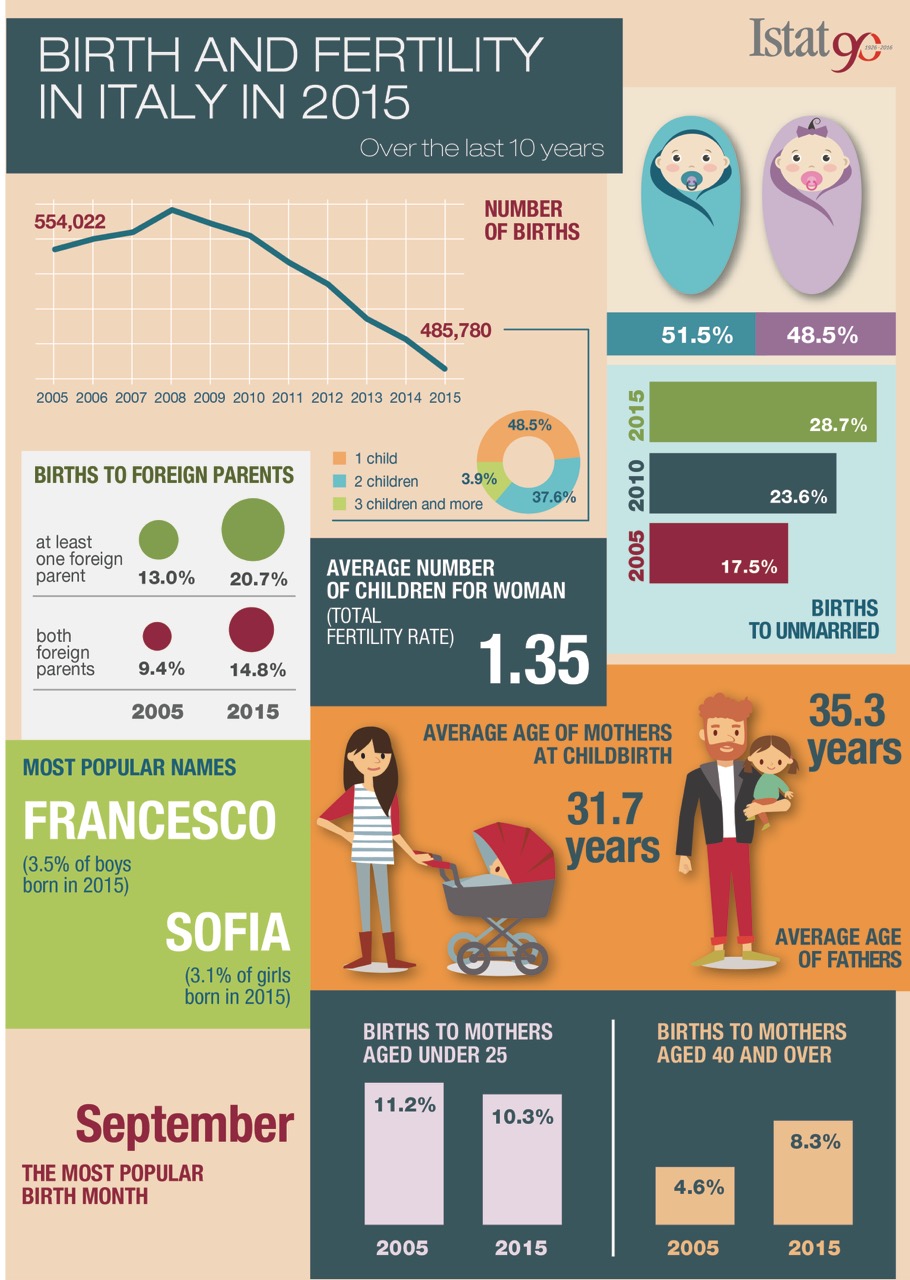 Infograph: Birth and fertility in Italy in 2015