In 2018, ICT technologies were the more and more widespread throughout Italy, even though a significant gap persisted compared with other EU countries, both for enterprises and citizens.

Almost all the enterprises with at least 10 persons employed (94.2%) used mobile or fixed broadband connections. Enterprises with download speed of Internet connection of at least 30 Mbit/s increased significantly (from 22.1% in 2017 to 29% in 2018).

Companies investing in digital were increasing and the share providing ICT training for the personnel went up from 12.9% to 16.9%.

Among people aged 16-74 using the internet in the last 3 months, 20.2% wanted to arrange an accommodation through dedicated websites or apps (such as AIRBNB). Moreover, almost one third published its own generated web content.

Large Italian companies showed a higher propensity in using emerging technologies or within the general European average. More in detail, 30% analysed big data (25% in Eu28); 13% used 3D printers (as in Eu28) and 26% robotics (25% in EU28).

In 2016-2017 less than three companies out of 10 made technological investments or intended to invest in 2018-2019. Nevertheless, IT security, web applications and cloud computing were indicated as companies’ business priorities in ICT.

A share of the businesses with at least 10 persons employed (22.4%) considered the development of employed human resources’ technological capabilities one of the three main competitive factors for 2018-2019, along with public facilities (48.5%) and access to ultra-broadband infrastructures and connections (30.8%). 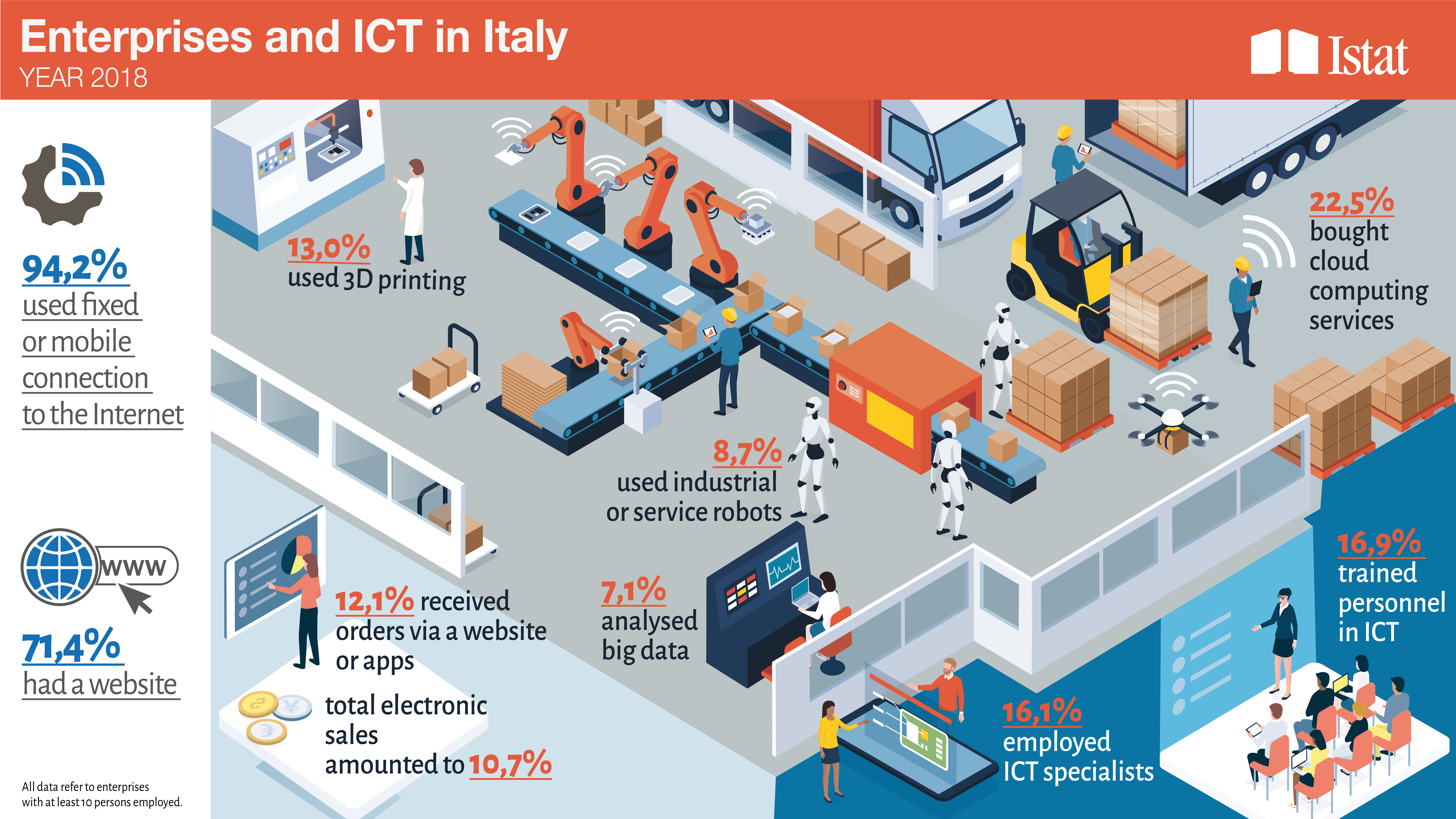 FOR TECHNICAL AND METHODOLOGICAL INFORMATION